In 1976, Penguin Books issued an abridged version by British translator Norman Denny. Unlike other abridged versions, which completely remove entire sections of historical asides that were present in the original novel, Denny's translation moves these parts to an appendix.

In 1987, Signet Classics published a new unabridged edition translated by Lee Fahnestock and Norman McAfee. This translation is considered very similar to the Wilbour translation as well as very close to Hugo's text.

The most modern interpretation comes in the form of the Julie Rose translation published in 2008. The use of modern language makes this version easier to read, but has been criticized for losing Hugo's voice. 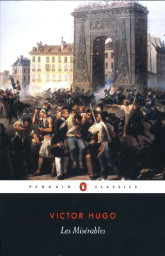 Cover of the Penguin Classics edition translated by Norman Denny