Les Misérables has been adapted to comic form in the United States, Canada, and Japan. The comics series Classic Comics, later renamed to Classics Illustrated, adapted a number of books into comic form including The Count of Monte Cristo, Don Quixote, A Tales of Two Cities, The Hunchback of Notre-Dame (also Hugo's), and of course Les Misérables. The Les Misérables issues began publication in 1943, and were later revised and re-released in 1961. UDON Entertainment, a comics publisher based in Canada, released a comic adaptation in 2014.

In Japan, two separate publications also printed an adaptation of Les Misérables decades apart. The earliest comic version of Les Mis was created by Tarou Minamoto and published from 1973-1974 in the Kibou no Tomo magazine. Takahiro Arai also adapted Hugo's work into a comic which was serialized in 2013 through the Monthly Shounen Sunday magazine, and later collected into 8 volumes! 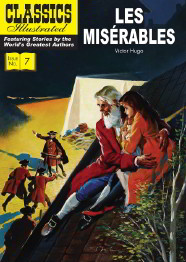 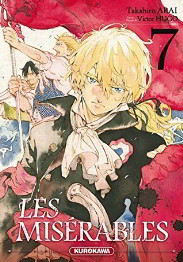