From Page to Screen

Les Misérables has been adapted into film across the world! Movie adaptations have been made in France, the United States, Britain, Japan, Ireland, Poland, Vietnam, Russia, Mexico, Egypt, India, Moldova, Sri Lanka, Brazil, South Korea, Turkey, Denmark, and Sudan! The most recent film version was the 2012 adaptation of the musical.

Some of these adaptions, such as the 1958 French-East German film, are very faithful to the original text. In fact, the 1958 film was called "the most memorable film version" by Edward Behr, a French war journalist and foreign correspondent.

Other adaptations are instead inspired by the novel, rather than faithful to its plot. One example is the 1995 French film, which takes place in 20th century France during WWII. The main characters of the film find Hugo's work (in book-form, and ballet) and find similarities between the events of the novel and the events in their lives.

There are over 60 film versions of Les Misérables, giving the novel the honor of having the most book-to-movie adaptations in history. 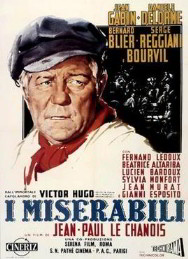 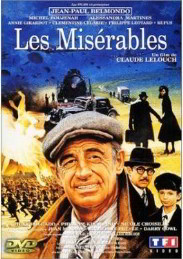