The Riveting Tale Lives On

Victor Hugo began writing Les Misérables seventeen years before it was originally published in France in 1862. Since then, Les Misérables has endured through the ages, captivating audiences over the centuries both in its original form and in various adaptations. These adaptations vary from works retelling the original story in a new medium, to works creating new stories that frame similarities like allegory. Hugo's novel has been re-imagined for television, comics, the silver screen, and most famously, through song on the theatrical stage.

Whether you are a long-time fan, re-discovering Hugo's remarkable novel, or encountering Les Misérables for the first time, come explore the world of Jean Valjean in 19th Century France through the many adaptations of this powerful story! 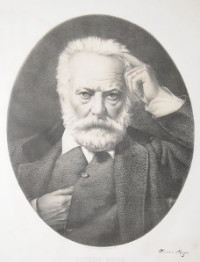